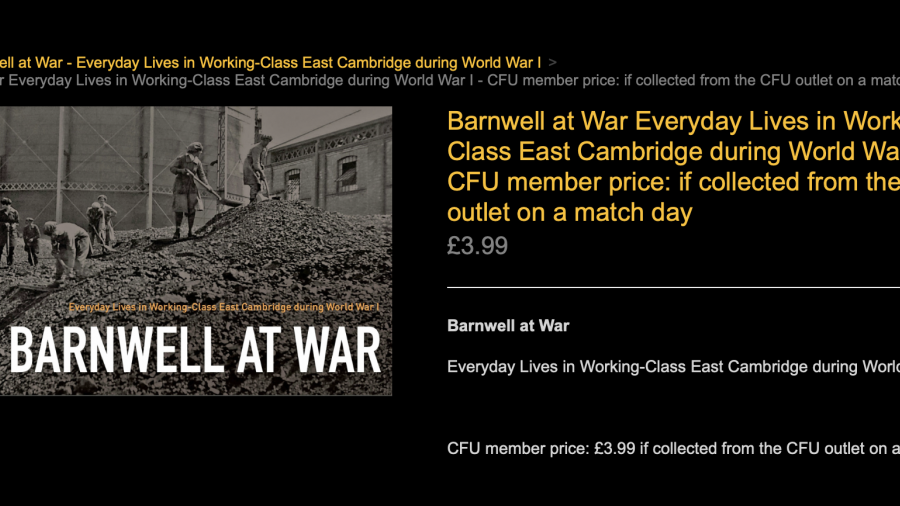 Dr Michael Hrebeniak has just published a booklet chronicling the lives of everyday people in Barnwell during World War l.

Michael's most recent work is a 40-page booklet, Barnwell at Work, that looks at the experiences of working people who stayed at home in eastern Cambridge during World War l, including the young Barnwell men who formed Abbey United Football Club – later to become Cambridge United.

Researchers from 100 Years of Coconuts, a research project dedicated to covering the history of Cambridge United, collaborated with Wolfson College and the AHRC-funded University of Hertfordshire’s Everyday Lives in War centre. The result, Barnwell at War, reinstates the cultural memory of an area of Cambridge beyond the touristic gaze, and suggests an indicative pattern of life for the wider majority of the UK population through an era of unparalleled trauma.

Barnwell at War can be purchased on the Cambridge United website, and it will soon be sold at G David Bookseller in Saint Edward's Passage and the Museum of Cambridge in Northampton Street.