Our speakers will discuss their experiences with sex work and its relation to borders of migration, the carceral-feminist discourse on trafficking, and how sex work is used to establish ‘borders’ about acceptable displays of sexuality. Each organisation will be given 10 minutes to speak, and the event will close with a half-hour moderated discussion between our hosts, speakers, and attendees.

Dame Catherine Healy and Ms. Cherida Fraser, Aotearoa New Zealand Sex Workers’ Collective (NZCP)
The NZCP was formed in 1987 and has led the push for full decriminalisation of sex work-related activities. Catherine (coordinator and co-founder) and Cherida (researcher, advocate, and community liaison) will discuss decriminalisation and how this working legislative model has pushed against restrictive borders enhancing labour rights for most sex workers.

Kate McGrew, Sex Workers Alliance Ireland (SWAI)
Kate, the coordinator of SWAI, will discuss the impact of the Swedish Model of prostitution and the borders of feminism in relation to sex workers’ rights, abolition, and reproductive rights in an Irish context.

Pye Jakobsson, The Rose Alliance (Nordic Network)
Pye has been involved in sex work for nearly 35 years and political activism even longer. She is the co-founder of Sweden's oldest sex workers' rights organisation, Rose Alliance, and a co-founder of the International Committee on the Rights of Sex Workers in Europe. She’ll discuss Sweden’s biased narrative of women in sex work and how this narrative helps justify discrimination against sex workers.

Charlotte, The English Collective of Prostitutes (ECP)
Charlotte is a spokeswoman for the ECP. She'll discuss the situation of migrant sex workers in the UK in relation to the hostile immigration environment and the risk of arrests, raids and deportations, often in the name of anti-trafficking operations.

This event is organised by the Gender Hub and forms part of Wolfson Explores ✱BORDERS. 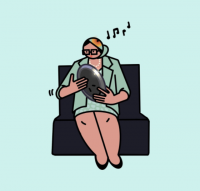 Humanities Society - Ya Lalla: The Digital Sphere & the Sensory: A Platform on Judeo-Arabic Songs for Birth from the Moroccan Sahara 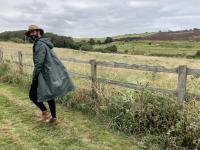 The Music Society's new event format, Listening Sessions, focuses on one piece or sound to discuss in each episode, with changing hosts.

We end our Wolfson Explores ✱BORDERS programme with Dr Adam Rutherford, who will speak at this year's Lee Seng Tee Distinguished Lecture. Book your free tickets.

Member of the Month - Navleen Kaur 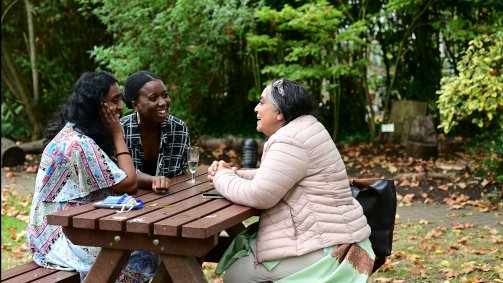