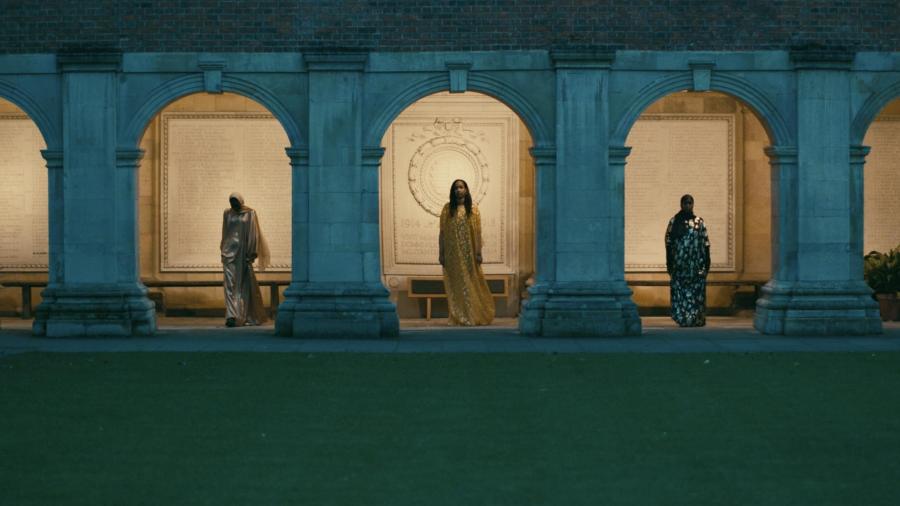 A screening of this film made by and featuring students

from Wolfson, followed by a panel discussion.

A limited number of tickets are available for Wolfson students only for the live event in the Lee Hall, with a live audience. The event will also be live-streamed.

Let us talk about Race and Racism is a new initiative at Wolfson. At Wolfson we take pride in our diverse character and our inclusive ethos, but we have not before looked to see how we are contributing to the problem - critically at duty to examine our own practises and behaviours, nor have we asked just how we can be part of the solution - actively working to counteract racism and the effects of racism in our own community, in the University and beyond.

Throughout this year we hope to convene series of talks, discussions, workshops and other activities to unpack the issues surrounding the issue of race - racism, discrimination, belonging and identity, and we will ask what we all need to do to confront racism within our world individually and as a community.

To launch this initiative we will be holding a screening of the documentary ‘Somalinimo’, the brainchild of former Wolfson student, Awa Farah, followed by a question and answer session with students featured in the film.

When Awa Farah began studying at Cambridge University, she felt overwhelmingly out of place. As a British-Somali woman, her identity is inherently political, and navigating one of Britain’s most traditional institutions forced her to confront what race and identity means to her. Since its publication by the Guardian in September, Awa has been delighted with the warm reception Somalinimo has received:

"The response has been overwhelming! Receiving messages from people from all backgrounds, saying that they resonate with the story, has been incredibly heart-warming"

Working with director Alice Aedy, Awa has written and produced Somalinimo, a film that interrogates what it means to have an identity rooted in the essence of being Somali. Through intimate interviews with Awa and Wolfson students Hafsa Said and Samiya Dubed, the film explores race, identity and belonging - as well as the conflicts they have with their families, the solidarity they have built at Cambridge, and the legacy they are creating for the next generation of British-Somalis.

Humanities Society - The Second World War and the Prospect of Quit India in Bengal: Perceptions, Rumours and Revolutionary Parties

The Humanities Society organises regular talks during term time. During Michaelmas term 2020, all talks take place as zoom webinars, make sure to register.

Science Society - The Science of Compassion in Healthcare

The Science Society organises regular talks during term time. During Michaelmas term 2020, all talks take place as zoom webinars, make sure to register.

The Humanities Society organises regular talks during term time. During Michaelmas term 2020, all talks take place as zoom webinars, make sure to register.

In addition to making Wolfson greener, the Green Society organises fortnightly talks about a wide range of green issues (hosted as zoom webinars) during term time.