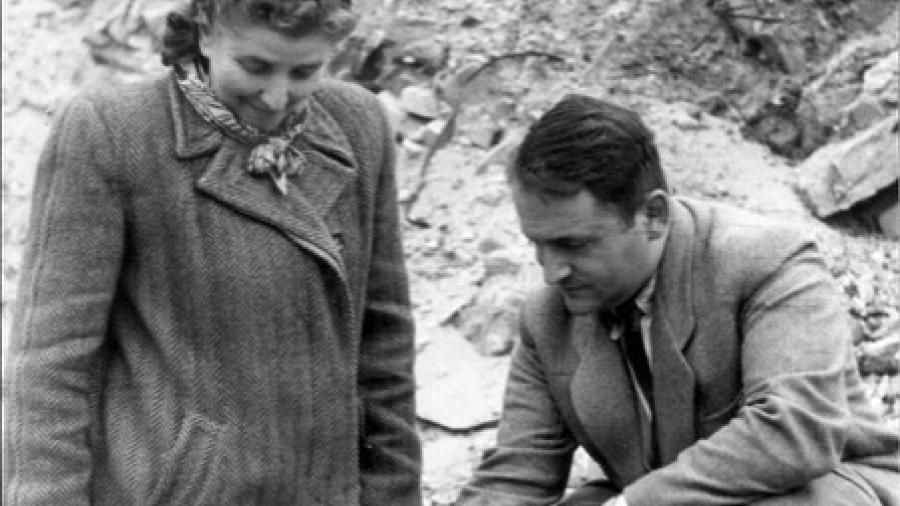 Since the 1990s, international criminal law has struggled to find the proper role for victims in mass atrocities trials. It has gradually moved from viewing victims instrumentally, as supplying eyewitness testimonies for the prosecution, towards recognizing the agency of victims and seeing them as active participants in such trials.

In this lecture Prof. Bilsky returns to the forgotten contribution of a Jewish woman, Rachel Auerbach, an historian, writer and holocaust survivor, to the development of victim-centered trials in the wake of WWII. Auerbach developed her ideas on victims’ testimonies  and cultural genocide as part of a group of Jewish activists in Warsaw ghetto who, under the leadership of historian Immanuel Ringelblum, formed a secret archive, known as The Oneg Shabbes archive.

After the war, Aurebach who was one of three survivors of the archive’s group, went on to translate these ideas into a new praxis of collecting victims’ testimonies, first in the Central Jewish Historical Commission in Poland (CZKH), and later after her emigration to Israel, as director of the testimony unit of Yad Vashem. In anticipation of the Eichmann trial in 1961 Auerbach promoted a new conception of a victims’ centered trial, which the Israeli prosecution partly adopted. However, her ideas and legacy have largely been forgotten and did not receive recognition in the annals of international law.

This talk recovers Rachel Auerbach’s early efforts to re-imagine the role of the victims in Holocaust trials by putting forward a new conception of testimony as resistance to cultural genocide. The talk will also shed light on why women’s contributions to international law are largely forgotten or marginalized, and why even the ‘historical turn’ of international law, and the growing research on the unique contribution of Jewish émigré-lawyers to the development of international law, did not help recover their legacy.

Leora Bilsky is the the Benno Gitter Chair in Human rights and Holocaust research at the Tel Aviv University Faculty of Law and the director of the Minerva center for human rights. She is the author of Transformative Justice: Israeli Identity on Trial (Michigan University Press, 2003), and The Holocaust, Corporations and the Law: Unfinished Business (Michigan U. Press, 2017) on corporate responsibility for involvement in the Nazi crimes, focusing on the Holocaust restitution litigation of the 1990s. She is currently working on the history of genocide and cultural restitution.

This is a virtual event held as a zoom webinar. Please register to attend.

As a webinar attendee, you can view the speakers' and hosts' videos and see their presentations. The Q&A facility allows you to engage with the speakers after the talk. You do not need a camera yourself, as attendee videos are not shown. More information on how to join a webinar is available here.

Daughters and Sons of the Post-Windrush Generation: Reflections and New Directions

This Windrush day, join us and the Centre for the Study of Global Human Movement for a special panel discussion.

Pathway to a sustainable future: Wolfson Who’s who (Fellows-only)

For the Anniversary Week of the Wolfson Sustainability & Conservation Interdisciplinary Research Hub, a space for views from many disciplines to discuss the pathway towards a sustainable future at Wolfson College

Wants + Offers: Year Past Year Ahead

For the Anniversary Week of the Wolfson Sustainability & Conservation Interdisciplinary Research Hub, a space to discuss the year past and the year ahead.

Beyond Net-Zero: what does a regenerative College look like?

The formal end of the Anniversary Week of the Wolfson Sustainability & Conservation Interdisciplinary Research Hub, an in-person event to discuss and workshop to discuss what a regenerative Wolfson college might look like, and how we might get there.