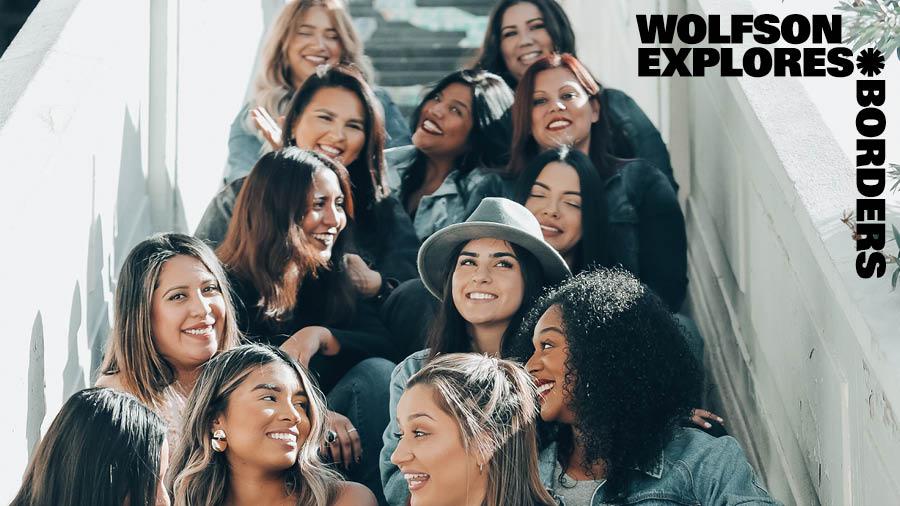 Click on the speakers' names to expand their biographies.

Dr. Judith Flores Carmona is Associate Professor in the Honors College and Interim Director of Chicano Programs at New Mexico State University (NMSU). Dr. Flores Carmona is the daughter of Josefina and Vicente (QEPD). She was born in Veracruz, Mexico, raised in Los Angeles and is a first-generation college student and scholar. Her academic and community work is guided by a sense of responsibility and commitment to social change. Her research interests include critical pedagogy, Chicana/Latina feminist theory, critical race feminism, critical multicultural education, social justice education, and testimonio methodology and pedagogy. She will present on Testimonio as a genre, a methodology and pedagogy as a tool that allows us to cross borders in and outside of academia.

Noelia Figueroa is Social Sciences PhD, researcher at the Center of Feminist Investigation and Gender studies, at Facultad de Ciencia Política of University of Rosario, Argentina. She has worked in different institutions helping to design policies from a gender and diversity perspective. She is also member of the feminist organisation Mala Junta, and the Ni Una Menos collective. Noelia Figueroa will talk about the role of the women's movement in the fight against neoliberalism in our country, and the challenges of designing public policies from a gender perspective.

Principal, College of Humanities and Social Sciences and former Dean, School of Women and Gender Studies. Also, Honorary Professor at the Centre for Advancement of Non Racialism and Democracy (CANRAD) Nelson Mandela University, South Africa. Has over 20 years of teaching Women and Gender Studies, Makerere University in the field of feminist theory, gender and politics, livelihood and cultural studies. Extensive experience in feminist research and has published widely in the fields of gender and politics, labour and cultural studies.
She will talk about Uganda's Women's movement in the era of orthodoxies, highlighting the milestones in the period of optimism in the 1990s and what seem to be a blockage in the current era, that needs to be understood within the context of rising state populism and fundamentalism  in the national context as well as neoliberal orthodoxy at the global level.

Dr. Shilan Fuad Hussain is a cultural analyst specializing in Middle Eastern and Kurdish Studies. She is a researcher at the Geneva Centre for Security Policy. She is an interdisciplinary academic and focuses on social and political contexts in cultural production and intellectual activity, from gender and anthropological perspectives. Her current work sits at the intersection of sociology and literary studies, and its symbiotic relevance to modern society.
She will examine Kurdish female politicians, artists and academics struggle for democratic rights and gender equality inside Iraqi Kurdistan and the diaspora, with a specific focus on the post-Saddam period (2003-2021). In 2003, as the Ba’athist regime of Saddam Hussein collapsed, a space for Iraqi-Kurdish society to mobilize towards various social, cultural, and political ends was created. As a result, in the post-Ba’athist state, a transition period occurred where the position of women changed, in some ways increasing their power, and in other ways becoming more precarious. The Kurdistan Regional Government (KRG) and elites promoted and supported women’s rights as their representation in the government increased, and their expertise became valuable in various public sectors. Kurdish women are playing a leading role not only regionally in the Middle East, but even globally and have entered the public consciousness in many ways. My analysis will attempt to portray the mosaic of female politicians, artists and academics, their emerging power in the Global South and the diaspora (with all of their gains and shortfalls), as challengers of Gender resistance and equality in world politics.

Dr. Syeda Jenifa Zahan (known as Jenifa) is currently working as a Postdoctoral Researcher at the Nepal Peacebuilding Initiative, Nepal on a collaborative project on local governance of (gendered) urban security in secondary towns of Nepal. Dr. Zahan’s teaching and research interests lie in the broad areas of urban feminist geography, with a specific focus on geographies of violence, gendered socio-spatial formations, and urban activism at the intersect of gender, religion, race/ethnicity, and class. Dr. Zahan has a PhD from the Department of Geography, National University of Singapore. Her doctoral work focused on violence, vulnerabilities and discrimination against young, single, middle-class women in public spaces of Delhi, India. Her doctoral work also focused on how young women develop resilience, rework and undertake collective activism to reshape these geographies of exclusions at the intersection of individual and collective aspirations for safety and greater participation in neoliberal urban life.
Dr. Zahan’s presentation will focus on young women’s collective resistance against institutionalized patriarchal norms that exclude women living in gender-segregated hostels, a ubiquitous form of housing available to younger and predominantly unmarried women, from the wider urban geographies of Delhi, India. This form of gendered exclusion is normalised and rationalized using gendered fear of violence, bodily regulations such as spatial-temporal restrictions on movements and social regimes of control. In turn, the presentation will discuss the ways in which young women form collectives based on shared experiences, solidarity and recognition of intersectional difference to produce more inclusive urban conditions and spaces.